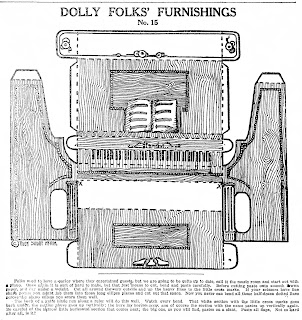 August 28, 1921.  DOLLY FOLKS' FURNISHINGS No. 15.  Folks used to have a parlor where they entertained guests, but we are going to be quite up to date, call it the music room and start out with a piano. 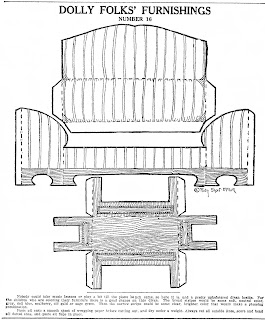 September 04, 1921.  DOLLY FOLK'S FURNISHINGS No. 16.  Nobody could take piano lessons or play a bit till the piano bench came, so here it is, and a pretty upholstered divan beside.

I have been watching the Ryder Cup all weekend.  Congratulations to the Europeans, what a come back!
Posted by Lucy at 3:48 PM No comments: 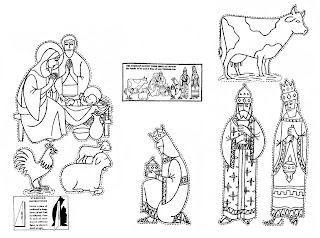 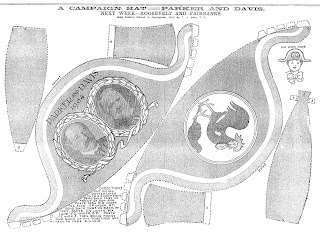 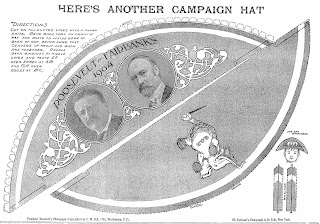 September 11, 1904.  A Campaign Hat for ROOSEVELT and FAIRBANKS.  Two newspaper cut-outs for the children of 1904.  Follow the directions for putting the hats together and you too can show your support for either presidential candidate, PARKER or ROOSEVELT. 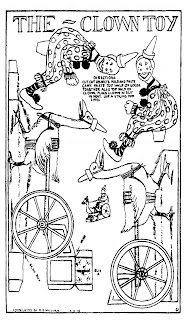 September 12, 1909.  THE CLOWN TOY.  Directions:  Cut out objects.  Fold and paste cart.  Paste top half of goose together, also top half of clown.  Place clown in slit  in seat.  Use a string for lines. 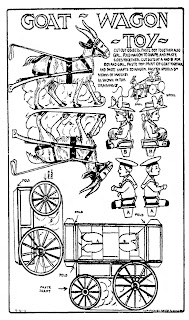 September 05, 1909.  GOAT WAGON TOY.  Cut out objects.  Paste boy together, also girl.  Fold wagon to shape and paste sides together.  Cut slits at A and B for boy and girl.  Paste top part of goat together and paste shafts to wagon.  Fasten spools by means of matches as shown in this drawing.  (Please do not use matches!!) - - - - I had posted a copy of this toy before but this one is much cleaner.
Posted by Lucy at 3:53 PM No comments: 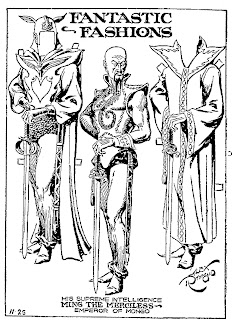 November 25, 1934.  The coolest comic strip paper dolls came from FLASH GORDON by Alex Raymond.  His Supreme Intelligence, MING THE MERCILESS, Emperor of Mongo is one bad dude but is also one great paper doll.
Posted by Lucy at 5:05 PM No comments: 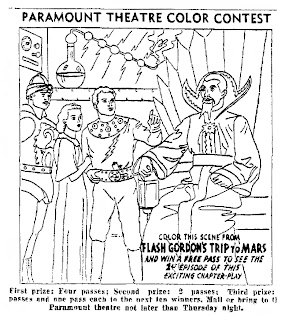 June 28, 1938.  Winners of this coloring contest won tickets to see the 1st episode in the serial "Flash Gordon's Trip To Mars".  I am guessing that it starred Buster Crabbe as our hero.
Posted by Lucy at 4:50 PM No comments:

April 12, 1959.  This comic strip ends with Mopsy taking her cat to a voice instructor. 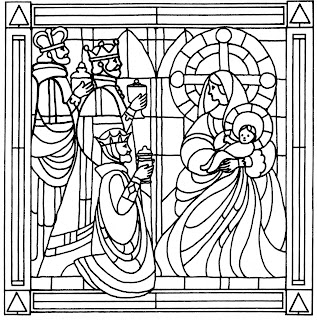 Shirley Temple is THE LITTLE PRINCESS 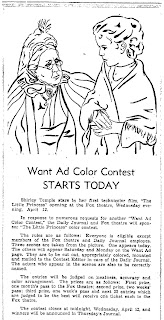 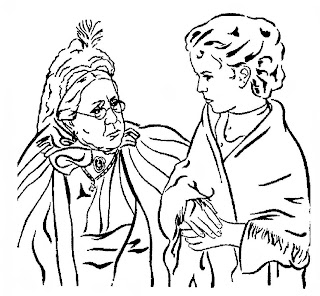 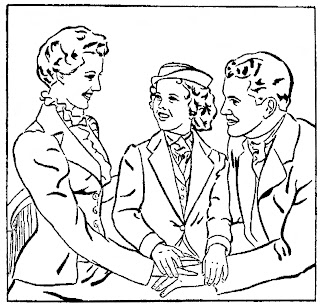 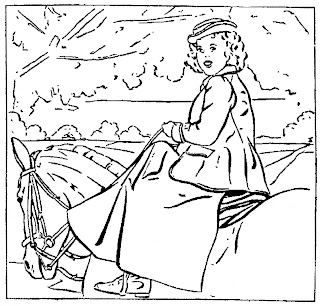 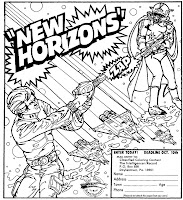 Marlo Thomas as THAT GIRL

Another piece of my childhood.  I remember watching THAT GIRL when I was a little girl.  I thought Marlo Thomas was very beautiful and she had a great wardrobe - all those hats!  These paper dolls are beautifully drawn.  I am missing a lot of the clothing.  I sure had a lot of fun playing with these dolls.  "Oh, Donald!"
Posted by Lucy at 5:46 PM No comments: 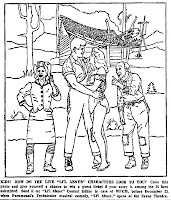 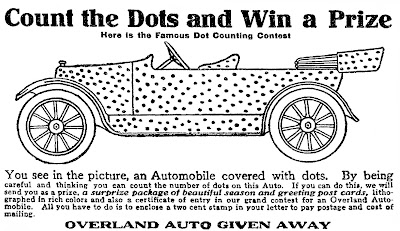 April 20, 1916.  "By being careful and thinking, you can count the number of dots on this auto.  If you can do this, we will send you as a prize, a surprise  package of beautiful season and greeting post cards, lithographed in rich colors . . . ."  OH, how I would love to have those post cards!  I have never heard of an Overland Auto.
Posted by Lucy at 3:57 PM No comments: 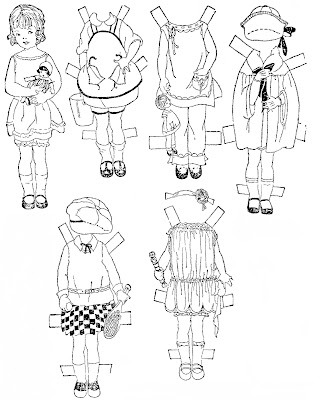 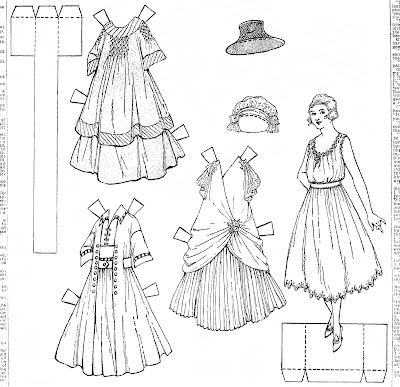 October 01, 1916.  Grab your paints and help Vila brighten up her new wardrobe. 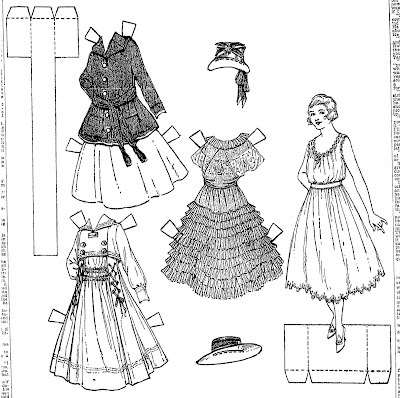 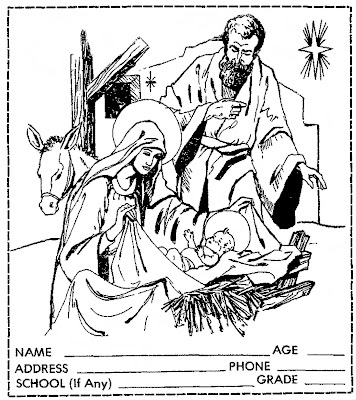 Another Appearance by 1972 BARBIE

My Kind of "Boy Toy" 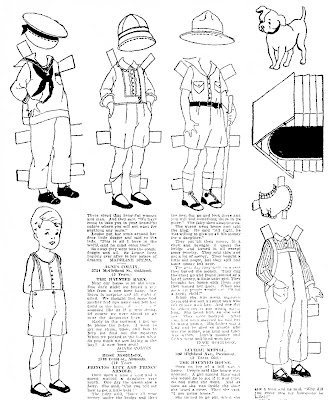 In the Mood For CHARLIE BROWN 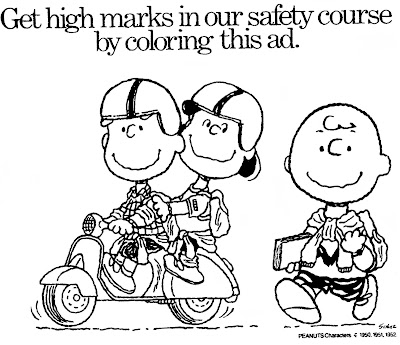 September 24, 1992.  A newspaper coloring  for the kids to promote a back-to-school safety fair.  I am a big PEANUTS fan.
Posted by Lucy at 5:10 PM No comments:

Millie Muffet, the child-queen of the comics 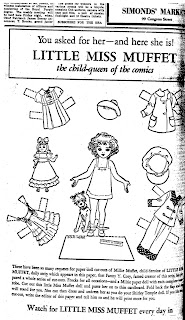 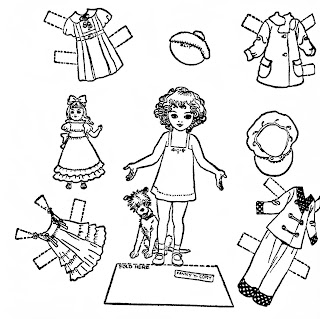 September 17, 1936.  Here is a paper doll cut-out of Millie Muffet, child-heroine of LITTLE MISS MUFFET, a daily comic strip by Fanny Y. Cory.  I had never heard of this comic strip until I came across this pretty paper doll - and the dog is cute too!
Posted by Lucy at 4:36 PM No comments: 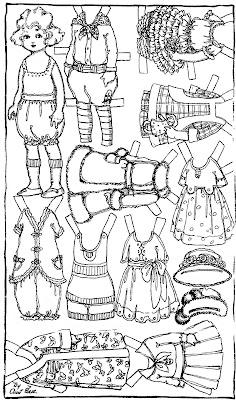 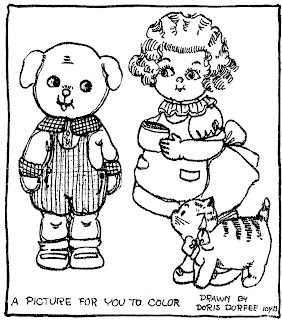 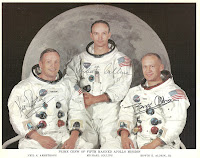 Neil Armstrong, Michael Collins and Buzz Aldrin, true stars of my generation.  My dad was a Houston Police Officer and he worked security at many events held for the astronauts.
Posted by Lucy at 5:22 PM No comments: 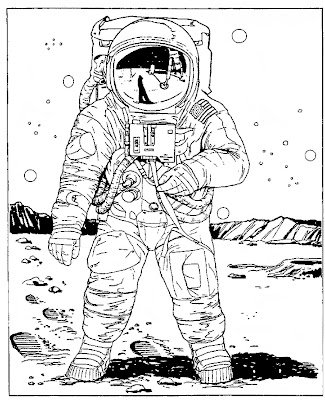 July 18, 1994.  A newspaper coloring contest featuring an Astronaut.
Posted by Lucy at 5:08 PM No comments: 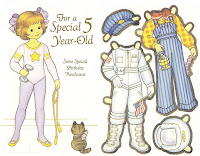 Girl paper dolls can be Astronauts too.

This Teddy Bear paper doll also wants to be an Astronaut.  From a magazine.

1986.  Ernie on the moon.  I believe that I have already posted this one but not sure.  Gibson Greetings, Inc.

1982.  Even Peter Rabbit dreams of being an Astronaut!  From "Peter Rabbit Paper Dolls" in full color by Kathy Allert and published by Dover.
Posted by Lucy at 4:50 PM 2 comments: