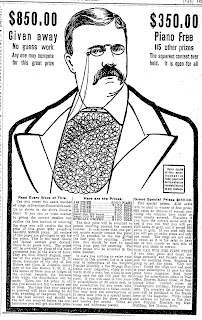 January 22, 1903.  This newspaper contest was open only to subscribers to a magazine called "People's Popular Monthly".  Theodore Roosevelt, being a character so much larger than life, was the subject of many contests and puzzles in early newspapers. 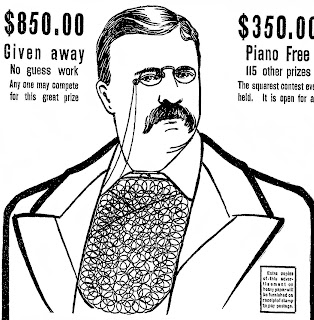 Can you count the exact number of rings in President Roosevelt's necktie as shown in the above illustration?
Posted by Lucy at 8:32 PM