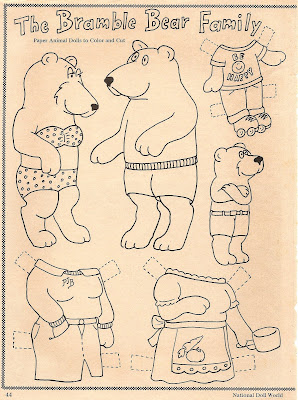 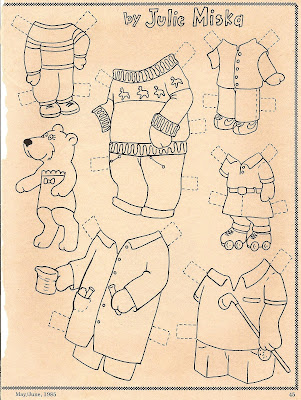 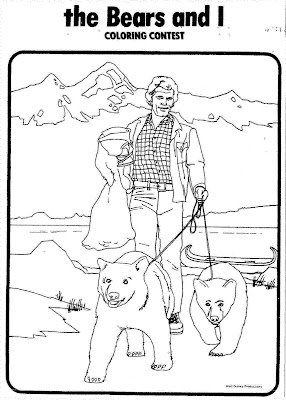 Newspaper coloring contest for the movie " The Bears and I" that appeared in a Pennsylvanian newspaper on November 06, 1974. The movie starred Patrick Wayne, Chief Dan George, Andrew Duggan and Michael Ansara. A Disney Production directed by Bernard McEveety. 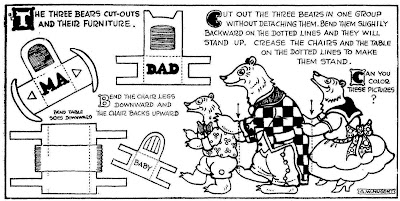 Another cute cut-out from A. W. Nugent. The Three Bears appeared in the Oakland Tribune on October 16, 1932. 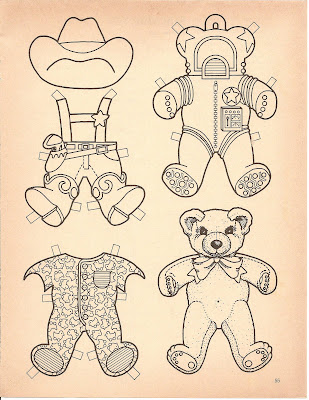 From my mom's collection.

Labels: A. W. Nugent, paper dolls, The Bears and I