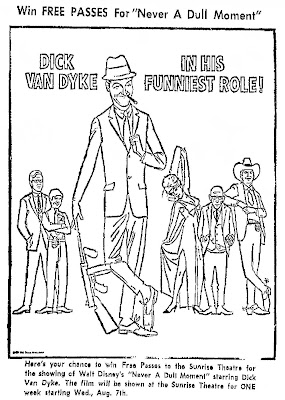 One of my favorites. I love it when the art teacher says, "And they'll be YOUR flowers and trees!" My gosh I love Dick Van Dyke.